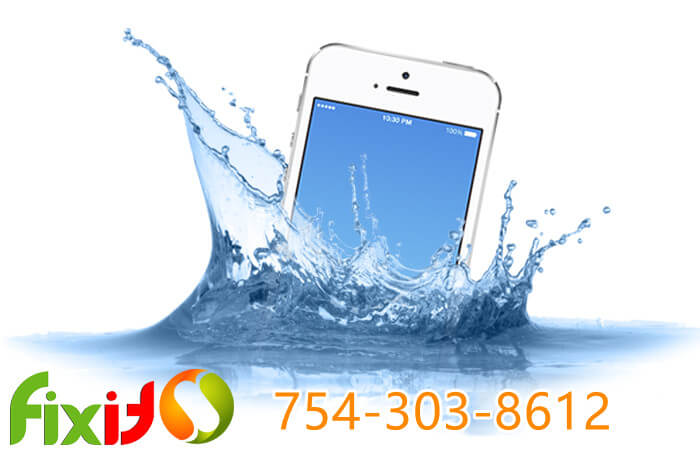 How to fix a water damaged phone

Customers often ask what is the best thing to do if they get a water damaged iPhone. And what I tell them is back up, back up, back up. Of course this doesn’t help after the fact.  So what really is important is to power off the device. And get it to a cellphone repair store like Fixit Phone Repair. If your unable to get it to a repair store quickly than shutting off the device. Removing the battery from water damaged iPhone is imperative. Some cellphones require special tools to open it, or you need to break the back glass of the phone to access the battery.

If you can’t do any of the above than the best option by far is to drying the phone. Put the water damaged iPhone under a lamp and turn a small fan on.  To keep a constant air flow over the device. Or better yet, if available, use a small hair dryer on low setting and keep it about a foot away from the water damaged iPhone. This will really accelerate the drying process.

Don’t try to use the Water damaged iPhone. Don’t plug it in, don’t try to turn it on again…just leave it alone.
Remember, water and electricity don’t mix and water corrodes so drying the moisture is the first priority. If you are reckless and try to use the device without trying to dry it first than you will most definitely cause a short circuit on the logic board and ruin the device.

Repair an iPhone from Water Damaged

What happens when I bring my water damaged iPhone to a repair store to get it fixed? Our store will run a water diagnostic, which entails opening the water damaged iPhone and physically drying the interior components one by one. We will then remove the logic board and perform an alcohol wash which will remove any corrosion. After all the components are thoroughly dry we will begin testing the device. Many times the screen or the battery short out first which turns the device off and the main damage is just to those individual parts. This is a your most favorable situation as replacing those components are usually inexpensive. If the logic board suffered damage then micro soldering may be required. This may or may not fix the short, if the short circuit can’t be found the phone may damaged beyond repair and at that point replacing the device is your only option.

If you’re able to turn on a water damaged iPhone again than doing a backup immediately is suggested. As mentioned before water corrodes metal and once corrosion starts it’s like a cancer to the phone, eventually it will take over and conquer.