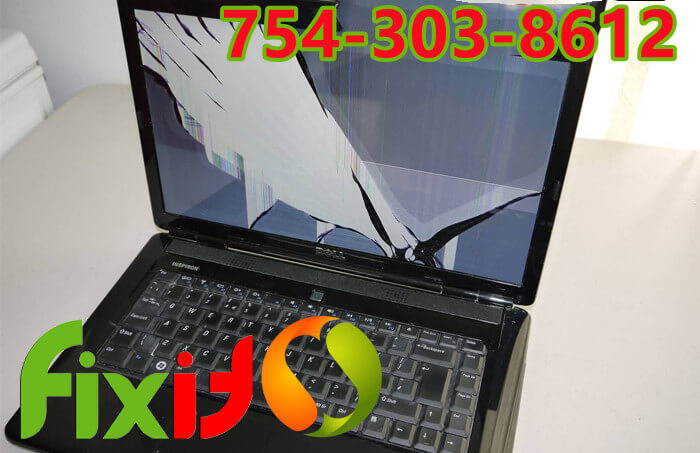 The most common repair for a laptop is the computer screen repair.  It is not a common repair for the pc because the monitor is not attached.  There are so many different laptops with different screen sizes.  At Fixit Phone Repair, we can do the common computer screen repair quickly and accurately.  Both locations, Boca Raton and Hollywood have knowledgeable and competent technicians.  If you need to replace the screen on your laptop you should give them a call.

The biggest cost of a laptop screen repair is replacing the lcd.  The screen usually consists of the lcd, and front glass, which maybe a touch screen.   The bigger the screen size usually means the higher the cost.  On average a fifteen inch laptop screen will cost anywhere from sixty to a hundred dollars.  If it’s just the outside glass and not a touch screen than you’re looking at about half that.   The labor involved in laptop screen repair is about as much as the screen.  Most of the windows based laptops are much cheaper to fix than an apple laptop.  The apple MacBook is a very expensive screen to replace