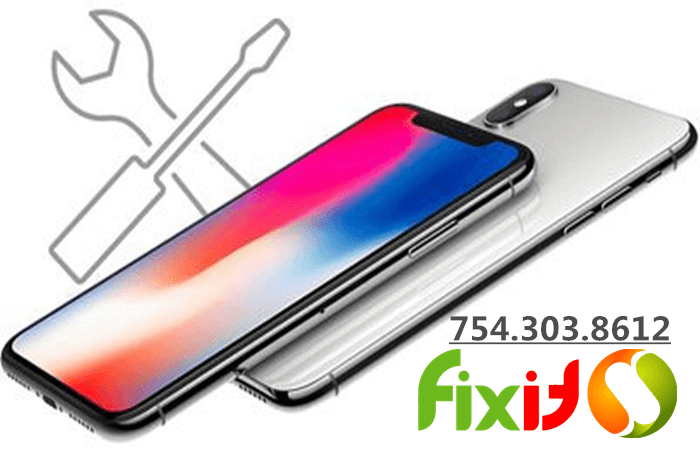 Where can I get my iPhone X repaired near me?

I just moved to Hollywood, FL to start school and I dropped my iPhone X and broke the
screen. The apple store wants way too much money to fix it so I need another place that’s
cheaper but reliable. I heard that it costs more to fix this iPhone x screen because the LCD  is more
expensive than previous iPhone LCD’s. I asked my techie friend why this was and this is what
she told me.

Can an iPhone X screen be replaced?

To repair the iPhone X screen you need to make an important decision about what type of
screen you want to use. For the iPhone X, apple finally upgraded to an Oled screen or an
organic light emitting display. Up until now, every iPhone was created using an LCD or a liquid
crystal display. The popularity of the LCD has made them very affordable and are used in almost
every “display” The biggest difference between the LCD and Oled is how they create light.
The iPhone X Oled screen  emits its own light and doesn’t need a back light like the previous
iPhones that used a LCD. This offers many advantages to the new iPhone X screen, number one
being power consumption. The energy it take to generate light using an Oled is much less than
what it takes to power a backlight. The absence of the backlight means the Oled is thinner than
the older LCD. And finally the contrast is better which creates warmer images. The new iPhones
will all be Oled eventually.

How much is it to replace an iPhone X?

The cost to make Oleds is cheaper than it does to make LCDs. The iPhone X  repair price
is already beginning to drop as more third market screens are produced. But before you start
jumping for joy there is a catch.
The drawback to the iPhone X screen and every Oled screen it longevity. Lcd’s last much
longer than Oleds, about twice as long. The average lifespan of an Oled is 14,000 hours, at 10
hours of use per day, that’s about four years. If you’ve been paying attention lately this should
not surprise you. Ever since the release of the iPhone 6 and coincidently after Steve Jobs
passed, Apple has decided to put profit in front of quality. The iPhone X will start to fail
sooner than its predecessors and that fine with Apple. They want you to go out and purchase a
brand new device faster than before and the iPhone X is living proof of that.